How Tobe Agency Used a Podcast to Scale Their Content Strategy

People today are hungry for great content, and they’ll take it in any form they can get it — video, audio, or text. The brands that can give them their daily fix have the highest chance of attracting and converting leads. But meeting the high demand can be difficult, especially if you don’t have the time or staff to sit around and make quality content at a high volume.

And this was the initial problem that Tobe Agency sought to resolve with its content strategy. Early in its infancy, the brand saw that they needed a way to maximize content production without the budget or team to pull it off.

In Episode 1 of Season 6 of The Casted Podcast, we sit down with Jared Sanders, Creative Director and Co-Founder of Tobe Agency to hear how they use podcasts to enhance their content strategy.

Learning about the content-producing power of podcasts was something that happened by accident. Co-founders Jared Sanders and Andrew Hong decided the quickest and most scalable way to build content was to create podcasts. But it wasn’t until after they launched their show that they realized how much content they could generate with each episode.

“We stumbled across podcasting. So, this was maybe about four or five years ago when we kind of first started. We recorded our first podcast. It was he and I sitting in a bedroom with one mic in between us and a terrible sound environment. So, no quality, but we recorded our first podcast; it was about 45 minutes. And from that podcast, we learned that we were able to get a few other pieces of media. We got a blog post out of it, just doing simple things like converting it into text. Then we were able to pull some, what we call micro-content out of it, which were just, ‘Let’s clip some highlights or hot takes from our conversation. We can put those on social. We can put those into our, into other blog posts that expand on those ideas.’”

They then figured that if they regularly recorded podcasts, they could produce a mass amount of content at scale with just the two of them. This was critical during the early stages of their start-up, when they needed to push out quality content to gain awareness and generate interest and leads for their business.

Fast forward to today, and the company is all aboard the podcasting train. They’re using a mix of audio AND video content, as this opens up more channels for sharing content with their audience.

Starting Off Right with Your Podcast

Quality podcast audio is about more than having the right equipment to produce episodes. You need an audio-first approach to ensure you’re creating content with listeners in mind. This means using your voice to describe vs. showing imagery. This is critical when you’re shooting a video of a podcast episode.

To help build the content for episodes, Jared and his team create a brief discussing three things: the idea, the target audience, and the end goal.

“The show idea or the concept of the show that can morph over time, and that can change throughout as you’re getting better at sort of formulating the show. But the goals and your target audience are really important. So, create the content that your audience wants to hear and measure yourself in a way that you’re not going to be discouraged. Because again, podcasts, it’s a long-haul thing. It’s a lot of work. We often say like, if you don’t get past the seventh episode, that’s probably a sign that you’re not going to make it… it’s such a weird statistic that we found, but a lot of podcasts that fail never get past that seventh,” Jared shared.

How Podcasts Are Used to Fuel Marketing Strategy

Developing a strategy around a podcast is a lot like any other content plan you create. It focuses on who the target audience is and the goal of the campaign. Although podcasts aren’t really a campaign, it acts as a critical piece in your overall marketing strategy.

Having a goal in place helps guide the direction of each podcast episode, which furthers the agenda of your marketing.

“As we are forming the content or the funnel early on and we’re trying to think about an interview series, maybe we’re going to line up eight guests or eight interviews or eight audio stories that align within that marketing funnel. And that’ll be a strategy for one version of the podcast. And because it’s a podcast, just like a blog, it can continue to live on. So obviously, oftentimes the content is evergreen, and you can go seasonal. So, maybe season two is focused on something else. But that’s usually how we sort of focus our strategies. We attack it just like a normal content marketing strategy,’” said Jared.

How Tobe Agency Moves from Podcast to Video Podcast (for Searchability)

When building a podcast (or any form of content), you’re not just creating the show for people but search engines as well. And right now, the search engine king and queen are Google and YouTube. So it makes sense to have a visual element for your podcast to target both engines. By having optimized episodes on your website (with embedded players, sound clips, transcripts, and blogs) and YouTube, you’re increasing the searchability of your podcast.

And in case you didn’t know, Google owns YouTube, which means that every video you publish there will also show up in Google. The engine does a great job of pushing video content to the top, which helps with traffic.

“So, that’s a strategy that we usually play into a lot if we’re talking about a video podcast. We encourage the building of a YouTube channel, or at least the start of a YouTube channel. A lot of companies … may not think they’re built for YouTube or sexy for YouTube. Again, the way you have to frame it is, well of course, you’re not going to be whatever YouTube channel that you see. You’re not going to be like the Logan Pauls of the world, right, we’re not going for that. All we’re going for is the ability to host your content, make it searchable, but again, you want to be able to link people back to it. You want to be able to send people into that funnel, and YouTube just becomes another great channel that you can serve up an audience while Google and YouTube are also serving you up an audience,” Jared explained.

The grand idea is to make your podcast accessible and easy to find. Capturing video footage of your podcast and publishing it on your website, YouTube, and even other social channels helps drive traffic. Tie this in with the audio you’re publishing on platforms like Apple and Spotify, and your website — plus the content you’re pulling from each episode — and you have an all-encompassing strategy for delivering content to your audience (wherever they may be).

You can listen to the full Tobe Agency episode here. And if you’d like to be notified of our newest podcast episodes, and everything amplified marketing, then sign up for our newsletter today! 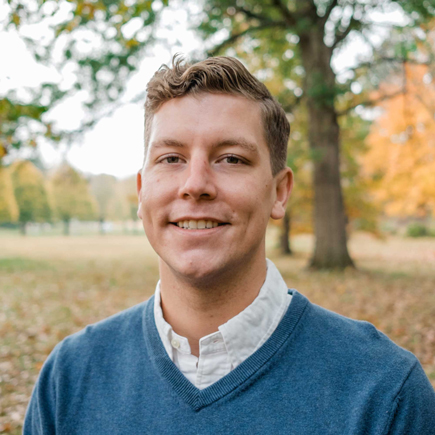 Jack is an abstract artist, a concrete analyst, and a ruthless bookie who impresses all with his god-like piano playing. In his spare time, he can be found riding his bicycle up severe inclines with unflagging speed while listening to The Joe Rogan Experience, and if you ask him about his two cats, Gandalf and Gypsy, you will instantly become his next best friend.