Take a Note from Disney: Wring Out Your Content!

What happens when Disney creates a successful movie such as Frozen? They take the great story that millions of children, tweens, and adults love and repurpose it into different formats so more people can enjoy it.

The movie goes to Broadway, where it’s turned into a musical. From the musical comes country-wide tours and performances in schools, all of which earn Disney licensing money. In addition, Elsa and Anna — the movie’s heroes — soon start appearing at Disney’s theme parks.  From there, you get different types of Frozen content: coloring books, board books, sound books, paper books, and a collector’s edition — all with the same great story. As if that’s not enough, Disney creates videos, series, Frozen merch, and interactive games too.

In all this, Disney doesn’t change the story. So what’s their secret sauce? They use the same story with the same characters and tell it in new content formats that deliver outstanding results. Why? Because the story has proven to be a winner and is told in formats users want to view.

It’s no wonder that Frozen 2 smashed its opening weekend, even beating its predecessor in the process. But guess what, Disney didn’t start repurposing their content 5, 10, 20, or even 30 years ago. It’s a 60-year-old content strategy ecosystem that Walt Disney created for his 1957 letter to investors.

This article looks into Disney’s content strategy and how you, too, can amplify your content and turn it into self-sustaining revenue streams.

Today’s brands are constantly thinking about being more creative, cost-effective, and efficient in content creation. Disney doesn’t struggle with that. They have a knack for turning their productions into behind-the-scenes content, merchandise, commercials, rides, Broadway musicals, and more.

That’s because they spent decades learning how to leverage each piece of the amazing content they create and get the most out of every format.

It Started with Walt

It’s kind of like its founder, who was a textbook example of a polymath and who wore many hats: entrepreneur, innovator, cartoonist, animator, voice actor, theme park owner/creator, film producer, and more.

So while shooting and creating theatrical films, they’re also doing comics, magazines, books, merchandise, records, television, and theme parks. Each component outside of animated and live-action films feeds the content and generates revenue for the other components.

That was Walt’s dream: to create an ecosystem that would help strengthen the brand as he sought to grow his empire beyond box office receipts into self-sustaining cash cows.

While Disney went through a prolonged stagnation beginning in 1966 after Walt’s death, it’s the recipe he left behind that jolted the company back to life.

In the late 1980s, Walt’s strategy diagram came to the fore. Since then, numerous brands like Apple, Amazon, Netflix, and Google have implemented Disney’s strategy framework to create self-contained ecosystems for their customers.

Disney still uses the same age-old recipe today with all its films, including Star Wars, Pixar, and the Marvel Cinematic Universe.

Beauty and the Beast Amplified

Take, for example, Beauty and the Beast. It’s a timeless classic story that transcends generations.

Disney still wrings out content from the classic animated movie, sometimes even re-releasing it in new formats (like live-action) because people still consume the same content they loved before.

How does Disney get you to watch or rebuy the same movie without annoying you? By making the new format easier and more enjoyable to consume.

So you’ll find a live-action version of Beauty and the Beast, with the same great story. They’ll throw in a few fairly subtle changes, but that’s just to make the story work with the new content format.

On top of that, Disney leverages the same beloved film and:

Outside of theaters, Disney released Beauty and the Beast to VHS, a full theatrical version, a 2-disc DVD set, Blu-ray with four versions of the movie, 3D, and Digital versions. They even had a 25th-anniversary Signature Edition of the film.

But that’s not all. Disney still publishes numerous storybooks, merchandising, and integrates Beauty and the Beast into its theme parks.

That’s how Disney maintains and stokes interest in Beauty and the Beast over the years. They bank on people’s love for its films and wring out as much content as they can.

Yet we still get goosebumps watching the repurposed content for the first time and hearing our favorite songs come alive once more.

As you can see, Disney’s most successful tactic revolves around taking the original content that audiences fell in love with and bringing it back to the “home base.” However, Disney uses other tactics that you can apply to your brand and see results from your investment.

Disney uses follow-up videos to generate more revenue. In the same way, you can create follow-up blog posts, videos, social media posts, and other formats based on your best-performing content.

Follow-up content brings new visibility to the original content, more interest from your audience, and can turn your lead pipeline into revenue for your business.

You can review your content for new information, additional links, SEO opportunities, affiliate relationships, or just to make it consistent with your brand and messaging.

And when you do an update, leave a note to let your audience know that you’ve refreshed the content. Remember to promote and distribute the updated version of the content for maximum visibility.

Publishing new versions of your old, best-performing material isn’t about updating or refreshing the content. It’s about creating an entirely new article, video, social media post, infographic, or other pieces of content, except it has much more depth.

It’s worked for Disney and still does — it should work for you too.

Disney continuously markets and hypes its theatrical releases, and they don’t stop even after the audience falls in love with the films. They keep promoting even when it’s evident that the film is a winner.

When you have a piece of content that’s getting lots of traction, leverage that. Promote it some more, talk about it in other channels, and integrate it wherever new audiences may be exposed to it.

Disney understands their demographic, which is why it can make so many different formats from its content and still keep you wanting more. They know their content is loved, so they make it available in different formats for each audience segment.

That’s Disney. How about your brand? What’s your strategy, and how do you amplify your content to leverage those additional formats?

Not sure? We have just the solution for you — amplified marketing.

The concept is simple: put expert interviews and conversations at the center of your content strategy and then amplify those voices into your marketing and business strategies.

Unlike the content marketing playbook of the past, amplified marketing helps you connect with your audience through content that serves them. It prioritizes audiences over algorithms, so you can forge connections that fuel conversions.

Want to know more? Check out our Amplified Marketing Playbook to find out how to set up your brand for content success. 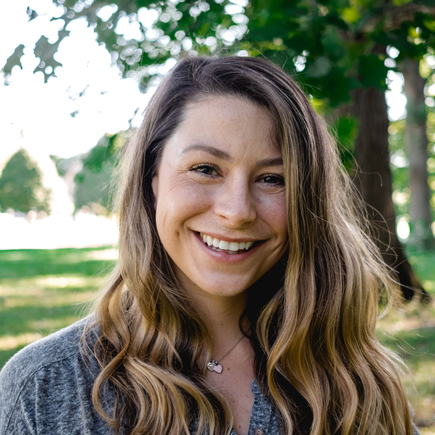 Holly leads the marketing charge at Casted. Her love for podcasts, content creation, and talking (she LOVES to talk) led her to Casted. She spends too much of her time doing crisis management for Podcat’s tweets.